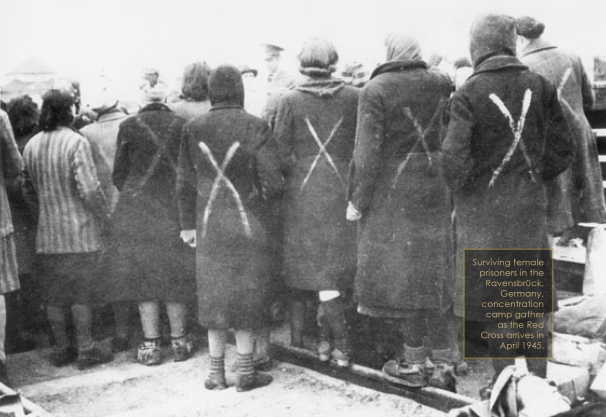 Corrie ten Boom was no stranger to fear.

When World War II broke out and the German Blitzkrieg’s “Nazification” of the Dutch people escalated in May 1940, the ten Boom family home in Haarlem, Amsterdam, became a refuge for many. Jews, members of the Dutch underground resistance movement, students, and intellectuals alike were warmly welcomed into the home above the ten Boom watch shop, where they were treated as part of the family and given food, the Word of God, and a community unified by the desire for freedom.

Before long, the safe house was slightly remodeled and a secret room was built into Corrie’s upstairs bedroom to harbor refugees when the Gestapo would illegally and forcibly search homes.

One night, after Corrie had a frightful vision of the family being taken away—far away—against their will, she ran to her older sister’s bedroom.

“Betsie!” I cried, jumping up, pressing my hands to my eyes. “Betsie, I’ve had such an awful dream!”

I felt her arm around my shoulder. “We’ll go down to the kitchen where the light won’t show, and we’ll make a pot of coffee.”

The booming of the bombs was less frequent and farther away as Betsie put on the water. Closer by was the wail of fire alarms and the beep of the hose trucks. Over coffee, standing at the stove, I told Betsie what I had seen.

“Am I imagining things because I’m frightened? But it wasn’t like that! It was real. Oh Betsie, was it a kind of vision?”

Betsie’s finger traced a pattern on the wooden sink worn smooth by generations of ten Booms. “I don’t know,” she said softly. “But if God has shown us bad times ahead, it’s enough for me that He knows about them. That’s why He sometimes shows us things, you know—to tell us that this too is in His hands.” –The Hiding Place

Though she believed in what they were doing, risking their lives by harboring the refugees, Corrie was still plagued with fear.

Fear of the Jews’ whereabouts being revealed, fear of saying the wrong thing should she be interrogated, fear of the large and looming “what ifs,” and the fear of being caught and arrested.

The latter fear came to pass on February 28, 1944, when the Nazis were tipped off by a Dutch informant to the activities behind the ten Booms’ storefront and raided the home, arresting 35 people, including the homeowners.

When Casper ten Boom, Corrie’s 84-year-old father, was asked by his captors if he knew he could die for helping Jews, he replied, “It would be an honor to give my life for God’s ancient people.” Ten days after the arrest, Casper died.

Corrie, 51, and Betsie, 59, were eventually taken to Ravensbrück, a female concentration camp 55 miles north of Berlin, Germany, where they fought fear while being abused, beaten, starved, and worked to the bone. That’s not all that happened in Ravensbrück or in the two previous prisons in which they lived, however. In those dark places, cramped with evil, fears, and unspeakable darkness, the sisters lived as a light, teaching the glorious Gospel of Jesus Christ on a daily basis.

Indeed it was the by life of Jesus Christ they survived.

As for us, from morning until lights-out, whenever we were not in ranks for roll call, our Bible was the center of an ever-widening circle of help and hope. Like waifs clustered around a blazing fire, we gathered about it, holding out our hearts to its warmth and light. The blacker the night around us grew, the brighter and truer and more beautiful burned the word of God. “Who shall separate us from the love of Christ? Shall tribulation, or distress, or persecution, or famine, or nakedness, or peril, or sword? . . . Nay, in all these things we are more than conquerors through Him that loved us.”

I would look about us as Betsie read, watching the light leap from face to face. More than conquerors. . . . It was not a wish. It was a fact. We knew it, we experienced it minute by minute—poor, hated, hungry. We are more than conquerors. Not “we shall be.” We are! Life in Ravensbrück took place on two separate levels, mutually impossible. One, the observable, external life, grew every day more horrible. The other, the life we lived with God, grew daily better, truth upon truth, glory upon glory.

On December 16, 1944, six months after entering Ravensbrück, Betsie’s beaten and abused body could take the persecution no longer; she died in the concentration camp “hospital.” Ten days later, Corrie was released.

Upon returning to Ravensbrück in 1959, Corrie was informed her release was the result of a clerical “error”; one week later all women her age were taken to the gas chambers.

There are no “ifs” in God’s kingdom. I could hear her [Betsie’s] soft voice saying it. His timing is perfect. His will is our hiding place. Lord Jesus, keep me in Your will! Don’t let me go mad by poking about outside it.

After Corrie’s release she remembered the last conversation she had with Betsie as her sister lay on a stretcher to be taken from their barracks to the hospital, “They placed the stretcher on the floor and I leaned down to make out Betsie’s words, ‘. . . must tell people what we have learned here. We must tell them that there is no pit so deep that He is not deeper still. They will listen to us, Corrie, because we have been here.'”

Corrie would spend the rest of her 91 years doing just that.

For the rest of the article and more free resources, check out the January/February RTM Magazine here. 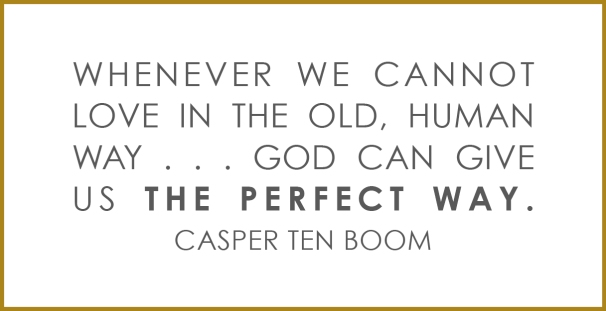