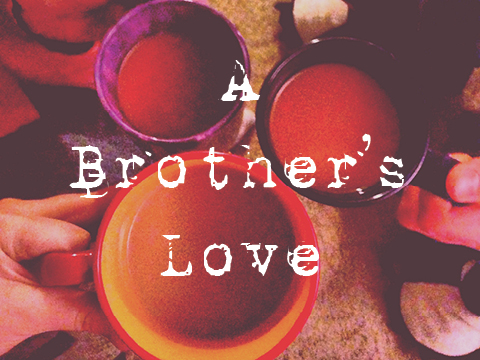 I always wanted an older brother.

One who would be there to fight with and for me, who would love and support me. A brother I could look up to and be proud of and who could be proud of me. In my mind, the best big brother was one who loved their little sisters enough to laugh and joke and make fun of them, but also fiercely protect them.

Basically I wanted Wally Cleaver to be my big brother.

Instead, I had an older sister.

And, unfortunately, we didn’t have the best relationship.

But God healed and restored that and along with it, gave me the best big brother a girl could have. 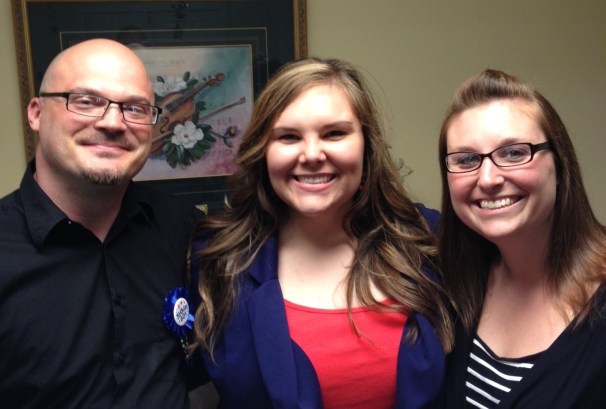 Whitty, myself and Camillia at his birthday party last year.

Words fail me when I try to accurately express my gratitude for these two and the work God has done in their hearts.

And Whitty (for clarification, his real name is Whitt) is an especially awesome gift to our family.

After he married my sister in 2005 the relationship between the three of us was semi-strained based on circumstances surrounding their relationship.

Whitty washing my sister’s feet to cool her down last summer when she was so hot.

There are no other words to say. God did a miracle in them and He has been knitting our hearts together ever since.

Their marriage, though not perfect, is a shining example to everyone around them of the power of the Gospel and the love Jesus has for His bride, the church.

They serve and love each other well, they disciple their children in a manner that reflects the Gospel on a daily basis and they do the same for me.

These two are no doubt my best friends.

My cup and heart run over. 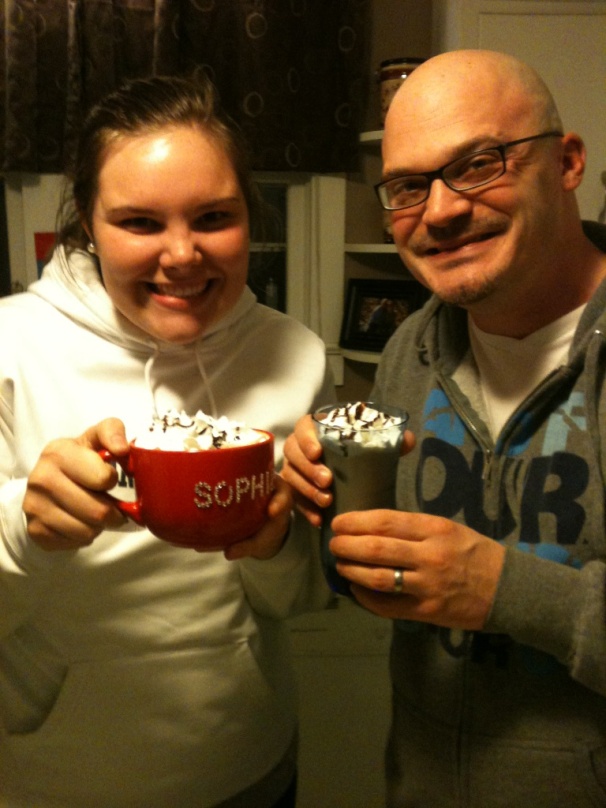 What a privilege it is to be Whitt’s little sister. He is a man of God whose heart’s deepest desire is to treasure Christ above all else (he even has a blog, which you should definitely check out, called Treasuring Christ).

He is a servant, a recipient (and excellent giver) of mercy, an extender of grace and a lover of all things holy.

He is hilarious, dependable, discerning, steadfast and wise.

And he makes the world’s greatest cup of coffee.

He rebukes and serves, encourages and challenges, listens and protects, defends and loves.

He is the most perfect big brother God could have given me.

Last week after a prayer meeting at church, Whitty came up to me and, with tears in his eyes, apologized for not praying for me more often.

He then committed himself to our heavenly Father to pray for me more. I was (and still am) overwhelmed.

Since that night I have been the “blessed beneficiary” (as a new friend says) of several morning texts of prayer and encouragement.

This morning I received a beautiful prayer from him out of Ephesians 3. This is the last part:

“Soaps [we’re big on nicknames], He is able to do more, far more than all that you ask or think. What you are praying for today – He can do greater than even that. The love that He has for His own Son, He has for you. Don’t settle for less, that’s what the world wants for you. What He has is far greater. Trust.”

Being goofy during C&C (coffee and conversation).

My heart cannot fully grasp that a holy God would love me so much to send His only Son to be crushed for my sins and then redeem me from the waste of the world I was settling for.

But it doesn’t stop there.

No, this God, so intent on fully captivating and capturing His children’s love and joy, then allows our participation in His work to redeem others.

And on top of all that, He gives me Whitt and Camillia. A brother and sister I won’t be severed from after death. Praise Him.

Here’s one last quote from Whitt this morning (be warned: it’s highly convicting):

I’m so grateful for the Father’s love made manifest through my brother’s.

4 comments on “A Brother’s Love”